Note: Keynote Speakers' presentations will not be recorded for future viewing 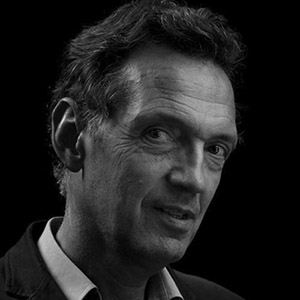 Photo historian, The Brian May Archive of Stereoscopy

The Victorians did not have smartphones, DVD players, television, the internet, the radio or the cinema to escape and unwind with at the end of a working day. Fortunately, they had the theatre and then, a few years into the reign of Queen Victoria, the stereoscope was introduced. By means of stereoscopic photographs, it became possible to remember or relive some of the key scenes of the plays that were in vogue at the time. Theatricals, as we call stereo photos related to the theatre, first started on either side of the Channel with images of flesh and blood actors posing in a studio in their stage costumes and a few chosen props. By the mid-1860s, however, the production of theatricals had shifted almost exclusively to France, where very faithful reproductions of scenes from the most popular operas, operettas and plays were made using clay, wood, fabric and paint. These were sold in boxes of six or twelves stereo cards and were often beautifully hand-tinted on thin, hold-to-light paper. The masters of this genre, which went on well into the mid 1870s, were Louis Alfred Habert and Pierre Adolphe Hennetier, of Diableries fame. Habert worked for Lamiche then Block and produced all the models for the “Théâtres de Paris.” His colleague Hennetier, in the employ of Jules Marinier, created the “Actualités Théâtrales.” Thanks to their talent we can still get a very vivid impression of what theatrical performances were like in the second half of the nineteenth century, before emulsions became sensitive enough to enable operators to capture actors on stage during rehearsals or performances. With images from the Brian May Archive of Stereoscopy, home to one of the largest collections of theatricals in the world, join us for an evening at the theatre and discover some of the shows our ancestors enjoyed going to and took pleasure in recollecting, or discovering teaser-like, through the oculars of the “magical instrument.”

Denis Pellerin is a photo-historian with a passion for stereo photography. He has been researching and learning about the history of stereo photography for over 30 years and has written several articles and books on the subject, both in French and in English. During his thirtieth year as a secondary school teacher, Denis had the good fortune to meet and work with Dr. Brian May before being hired by the latter as the curator of his extensive photographic collection. Brian May and Denis Pellerin have now co-authored three books together (Diableries: Stereoscopic Adventures in Hell, 2013, The Poor Man’s Picture Gallery, 2014, Crinoline: Fashion’s Most Magnificent Disaster, 2016) and are currently working on a couple more publications while being also deeply involved in the various activities of The London Stereoscopic Company, re-created by Brian May in 2008. Since September 2015 Pellerin has been the director of the said company whose original motto, “No home without a stereoscope,” is more than ever valid.

From Hugo To Gemini Man

Demetri Portelli is known for his live-action stereo work. He has 25 years of technical camera experience as a camera operator and a technician. Life interests have always been the fine arts, he volunteered and worked extensively in live theatre, taught himself Super8mm, 16mm and 35mm cameras to make shorts and music videos in the 1990s. Stumbling upon 3D photography was always mystical and astonishing, until he had an opportunity to work as a technician with digital cameras on 3D rigs.

In his role as Stereographer and Stereo Supervisor, Demetri is always hands-on during shooting and post-production. He is extremely precise executing stereo on-the-fly, with IO adjustments to "bake-in" the best possible 3D depth, volumetric shape, and audience proximity. Working alongside the director and cinematographer, his goal is always to design a truly engaging 3D experience, from the depth planning and shot conception, through post-production, VFX stereo comps, final geometry checks, and the important final convergence placement during the color grading (the final creative stereo pass).

Demetri started 3D shooting as a puller of the IO and convergence with the Resident Evil franchise on Phantom slow motion cameras, then ESPN sports, and the Winter Olympics I.O.C. footage, before his camera test for Robert Richardson ASC and Martin Scorsese’s first digital ARRI project, Hugo. The film garnered awards and was cited as an achievement regarding its use of 3D which was central to a narrative drama. Hugo may also be one of very few films shot 100% natively to win the cinematography Oscar. Demetri went on to capture and supervise 47 Ronin for Universal pictures, then onto one of his favorite creative projects with Jean-Pierre Jeunet shooting The Young and Prodigious T.S. Spivet, employing playful wide lenses and great 3D production design. For this film they won Best 3D Film at Camerimage. Demetri has additionally supervised stereo for the animated film NextGen and has employed 2D-3D post conversion for the Russian fantasy film, He Dragon.

Working with Ang Lee on two ground-breaking HFR native 3D projects, Billy Lynn’s Long Halftime Walk and Gemini Man, has been a realization of a much-improved stereoscopic experience. Ang’s dedication to in-camera 3D quality has allowed the entire team to refine their craftsmanship while exploring possibilities to elevate 3D intimacy and immediacy using HFR/HDR and laser projection for an improved stereo cinema experience.

In 2016 Demetri won American Grindhouse’s Award for Best Director of Photography at the Miami Film Festival for the 2D heist film Scratch. He has won Best Live-Action Stereography Creative Arts Lumiere Awards twice, both with Hugo (2012) and The Young and Prodigious T.S. Spivet (2014), plus the Advanced Imaging Society’s 2019 "Technology Award" for 3D/120FPS-HFR for his team’s groundbreaking work on Gemini Man.

Demetri is a graduate of The University of Toronto, with a degree in Cinema Studies and English literature. He lives in downtown Toronto with his wife and two children. Demetri continues to look for opportunities to share his love of shooting real 3D photography for motion pictures, with high hopes that stereo is a key ingredient for a better cinema experience.